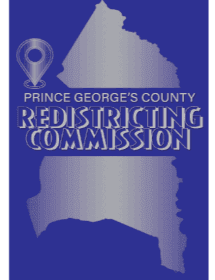 The Prince George’s County 2021 Redistricting Commission will hold its first virtual public hearing on Monday, July 19, 2021, at 5:00 pm, to receive public testimony regarding potential changes to the boundaries of the nine County Council districts. There’s just one problem: neither the Commission nor the public (nor anyone else) has the Census population data needed to draw districts. Without court action to extend the applicable county charter deadlines, the Redistricting Commission will not be able to do its work.

Every ten years, following the national census, state and local jurisdictions must go through the laborious task of redrawing their district lines to ensure that each congressional, state legislative, local legislative, or school board district contains roughly the same number of people. This is because the U.S. Constitution’s “one person, one vote” principle requires that each person’s voting power in a jurisdiction should be roughly equivalent to that of any other person living in the same jurisdiction.

In an ordinary census cycle, the U.S. Census Bureau would deliver state-level reapportionment population data, which details the number of seats each state gets in Congress, to the President by December 31 of the year the census was taken (i.e., the year ending in “0”). The Bureau would then deliver the decennial redistricting data—detailing block-level population data for the entire country—to the states by the first quarter of the year following the census (i.e., the year ending in “1”). States and localities would then use those data to redraw district lines.

Unfortunately, COVID-19 threw a huge monkey wrench into that timeline for this cycle. The Census Bureau did not release the congressional reapportionment data until April 26, 2021, and is currently not expecting to release complete decennial redistricting data to the states until September 2021. As the Bureau itself recognized, the delayed release of redistricting data may make it impossible for states and localities to comply with applicable constitutional or statutory deadlines relating to redistricting.

In the absence of actual redistricting data for the 2020 census, the Redistricting Commission’s current plan is to draw its proposed County Council maps using a dataset compiled by a private data analytics firm, Haystaq DNA, founded by former Obama presidential campaign operative Ken Strasma. The Redistricting Commission’s consultant, Stanford Law professor Nathaniel Persily, says that the Haystaq data is based on the Census Bureau’s annual American Community Survey (ACS) from 2019.

Unfortunately, as Professor Persily and the County’s own lawyers have recognized, the Haystaq dataset cannot be relied on to draw a legal redistricting plan, because it is both out of date and not based on an actual count of the population. In April, a coalition of more than 50 civil rights organizations issued a statement opposing the use of ACS data in the redistricting process and urging line drawers to await the Census Bureau’s release of the decennial redistricting data this fall.

Thus, the Redistricting Commission will need additional time to prepare and receive public input on a proposed County Council district map. A revised deadline of November 15, 2021, should allow sufficient time for the Commission to prepare a map for the Council. Then, the Council should have until January 15, 2022, to hold hearings and determine whether any changes are necessary to the districting map.

This timeline would still give candidates who wish to run for the County Council sufficient time to know which council district they will reside in prior to the February 22, 2022, deadline for filing certificates of candidacy.

Unfortunately, Prince George’s County did not request and the Maryland General Assembly did not pass any legislation during its 2021 session to alter local charter deadlines that conflict with the Census Bureau’s delayed timeline for releasing redistricting data to the states. Therefore, the County will now have to rely on the judiciary to provide the necessary relief.

The Circuit Court for Prince George’s County or an appropriate federal court could order those new deadlines upon the filing of a proper petition. Ideally, the County itself will take the necessary steps to ensure that the Redistricting Commission is allowed to carry out its important governmental function. Alternatively, any citizen and registered voter in the county could likely make the request.

Either way, any court action should be filed quickly, as the deadlines are fast approaching.