As part of its effort to create a new, modern zoning ordinance to replace its bloated and antiquated half-century-old code, Prince George’s County is proposing a series of new mixed-use zones to encourage more development around transit. That’s good news—but if these new zones are going to thrive, they need to include more homes.

Unfortunately, the county is also proposing restrictive caps on the number of dwelling units allowed in mixed-use zones. If developers are not able to include enough housing in their projects to get a good return on their investment, it will be nearly impossible for them to justify the higher costs and greater hassle of constructing mixed-use buildings in the county.

The Region is Looking for More Homes, Not More Offices

As a result of prevailing market forces in the Washington region, Prince George’s is not likely to see many mixed-use buildings with multiple stories of office space above retail in the foreseeable future—particularly outside of its three “downtown” Metro station areas at Largo Town Center, New Carrollton, and Prince George’s Plaza.

The region’s office market is already significantly oversupplied, and its 14.2% office vacancy rate is among the highest in the nation. Businesses and organizations are increasingly requiring fewer square feet per worker than they did in the past. Open floor plans, use of electronic data over paper files, and the increasing popularity of telework are all shrinking offices.


For these reasons, the success of Prince George’s efforts to bring more mixed-use, transit-oriented development into the county will hinge on its ability to encourage developers to focus on building apartments and condominiums over lower-floor retail and office uses.

Fortunately, there is a significant unmet need in the region for multifamily housing near transit, particularly for millennials and seniors. In addition, a recent change in the International Building Code now allows developers to build five- or six-story wood-framed mixed-use buildings over a concrete podium of one or more stories, up to 85 feet high. Using wood framing on the upper levels of mid-rise buildings, rather than steel or concrete, helps to bring down construction costs. The concrete podiums can accommodate ground-floor shops, offices, or parking.

The Housing Caps in the New Code Could Scare Off Developers

Ironically, although the stated goal of the new zoning ordinance is to facilitate more mixed-use development, the housing caps proposed in the new code are actually more restrictive than the ones in the current code.

For example, in the Local Transit-Oriented (LTO) zone, where half of the county’s 15 Metro stations will be located, housing densities are capped at 40-60 dwelling units per acre. Essentially that means that in a modest mid-rise building on a one-acre lot, with four stories of apartments over one story of retail, the apartment or condo units could be in excess of 2,500 square feet each! That’s bigger than the median size of newly constructed single-family detached homes, which is 2,426 square feet.

Density caps are a bit larger within a quarter mile of the Regional Transit-Oriented (RTO) zones, where the larger downtown Metro stations will be. But even those densities—ranging from 80-120 dwelling units per acre—are not conducive for the type of high-rise development contemplated for those zones.


To give a real-world example, consider The Palette, located in Arts District Hyattsville. This mid-rise mixed-use building has four stories of apartments over a multi-story concrete podium containing parking. Its site plan states that there are 198 multifamily units of varying sizes in the building, which sits on a 1.85-acre lot. That creates a residential density of 107 dwelling units per acre.

Under the newly-proposed mixed use zones, The Palette could neither be built in Arts District Hyattsville nor near most of the county’s non-downtown Metro station areas, because the development would exceed the applicable density caps.

Remember, even on a one-acre lot, it would be possible to build 200 apartments at 750 square feet each in a mid-rise, four-over-one-story mixed-use building. That is larger than most one-bedroom apartments currently built in this region. Alternatively, a developer could build 125 units at a more generous 1,200 square feet each, which is roughly in between the nationwide median square footage for multifamily rental (1,088 SF) and multifamily for-sale (1,494 SF) units.

Check out this PowerPoint by architect Tim Smith to see other examples of attractive mid-rise mixed-use buildings at densities over 100 dwelling units per acre.

The County Can Easily Fix This

A recent county-commissioned survey of developers found that the county’s comparatively low property values, high development impact fees, and cumbersome development review processes combine to make Prince George’s one of the most expensive places to build in the region. Likewise, even with the recent changes in the International Building Code discussed earlier, mixed-use development is still much more expensive to accomplish than traditional suburban sprawl. Imposing these low housing caps will only make it harder and less economically feasible for developers to build in the county.

Prince George’s has been working for nearly four years to develop this new zoning ordinance. It will bring a lot of essential changes to the county, and there is no reason why the county cannot pass this legislation this fall. Before it does so, however, the county should amend these mixed-use zones to allow more housing units to be built in mixed-use developments.

One solution would be for the county to eliminate the caps altogether in the new mixed-use zones. Charlotte’s mixed-use TOD zones take this approach by imposing minimum, but not maximum, residential density requirements.

Another approach (one that I urged the County Council to adopt) would be to calculate both residential and non-residential density limits based on a more flexible floor area ratio (FAR) standard, which is what DC does. This allows developers to divvy up the available square footage into the number of homes and shops that makes the most market sense.

With the housing density caps proposed in the new zoning ordinance, it is reasonable to anticipate that many profit-minded developers may simply choose not to build mixed-use buildings in Prince George’s County. The County Council should fix this.

The County Council is still taking comments on the proposed zoning ordinance. If you would like to weigh in with your thoughts on this or other issues, you may submit your written comments by email or via regular mail addressed to the Clerk of Council, CAB - 2nd Floor, 14741 Governor Oden Bowie Dr, Upper Marlboro, MD 20772. 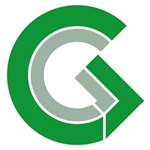 A version of this post appeared on Greater Greater Washington.
Posted by Bradley Heard at 8:46 AM