Prince George’s Tells Commuters to Fend for Themselves During SafeTrack

Metrorail’s yearlong program of major infrastructure repairs and service disruptions, called SafeTrack, begins June 4. Many area localities have announced details for how they plan to assist their residents with mitigating the impact of this impending transit calamity. But not Prince George’s County.

The county with the largest number of Metro stations outside of the District of Columbia has told its residents that they should not expect any serious help when WMATA shuts down or curtails its rail services. That decision reflects a colossal failure of leadership and crisis management on the part of County Executive Rushern Baker and the leaders of the county’s Department of Public Works and Transportation (DPW&T).

“One of the true tests of leadership,” according to the late American businessman and humorist Arnold H. Glasow, “is the ability to recognize a problem before it becomes an emergency.”

It is readily apparent from even the most cursory review of Metro's SafeTrack surge schedule that the planned repairs to the Metrorail system will cause huge problems for the region’s commuters over the next year. The pain will be particularly acute for Prince George’s commuters between June 18 and July 3, when all Metrorail service across the Anacostia River on the Orange, Blue, and Silver lines will be shut down due to the 16-day closure of the Potomac Avenue and Stadium-Armory stations.

More than 25,000 riders a day who commute by Metrorail from Prince George’s County and DC’s Ward 7 on those lines will be completely cut off from downtown Washington and northern Virginia during that period.

Fairfax and Arlington counties heeded Metro’s call by pledging to provide additional support and resources. Specifically, in response to the first scheduled SafeTrack surge, Fairfax County will provide supplemental express buses from Reston and Vienna to the Pentagon.

Arlington County will use higher-capacity buses on selected routes. Additionally, to facilitate increased Metro and regional buses traveling through the corridor, Arlington will convert some streets to bus-only, eliminate some street parking, and adjust traffic signal operations as needed.

In stark contrast to its sister jurisdictions, Prince George’s County is doing virtually nothing that Metro has asked it to do. It is making almost no effort to address the very foreseeable problems created by the SafeTrack surges before they become an emergency.

In effect, the Prince George’s County government is signaling that it doesn’t plan to share in Metro’s pain, or in the pain of the county’s commuters. 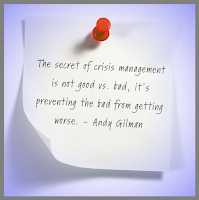 In response to our inquiries regarding the county’s plans for SafeTrack, DPW&T spokeswoman Paulette Jones stated that “Metrorail plays an unparalleled role in regional mobility” and that “Prince George’s County cannot replicate or significantly supplement [Metrorail’s] function” without making dramatic, costly, and inconvenient changes to the county’s current transportation system.

DPW&T’s Associate Director of Transportation, D'Andrea Walker, added that Prince George's County does not have the same resources as Fairfax and Arlington and that DPW&T cannot afford to do anything other than try to inform residents of alternative transportation options such as ride sharing, teleworking, and working during off-peak hours.

Sadly, DPW&T is missing the point. No one is suggesting that Prince George’s County can instantaneously replicate Metrorail’s service, even if it had unlimited resources. But it can and should do a better job of mitigating the impact of Metro's service disruptions. And the county can do so without breaking its piggy bank.


For example, as suggested earlier, the county could use school buses to provide supplemental shuttle service during the 16-day shutdown period. The Prince George’s County Public Schools (PGCPS) Transportation Department maintains a fleet of 1,247 school buses and employs 2,006 drivers and attendants. Those buses will be idle, since school won't be in session. Why can't DPW&T work with PGCPS to place some of those buses, drivers, and attendants into service to assist with SafeTrack mitigation?

Sure, the county will need to spend some money to run these buses and do the other things required to provide effective mitigation. That's what government has to do when responding to any crisis. We seem to understand that intrinsically when it comes to things like snow removal. Well, this is just a different kind of transportation crisis. 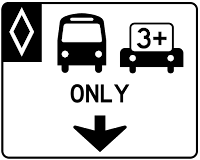 Incredibly, DPW&T states that it has not explored the option of creating bus lanes on certain arterial roads because it believes such lanes “would dramatically increase congestion, idling time, and pollution within [those] corridors.” That’s nonsense, and DPW&T could not come up with any legitimate facts or studies to support its contention when asked.

As the graphic below shows, buses transport people much more efficiently than single-occupancy vehicles. And while some have questioned the environmental benefits of high-occupancy vehicle (HOV) lanes, most serious studies show that they result in reduced emissions and better air quality.

Prince George's County's response to SafeTrack thus far has been abysmal. DPW&T has not even begun to think seriously about how it could actually help solve this transportation dilemma. They have essentially thrown their collective hands in the air and told county residents, "Good luck with that."

And instead of holding his administrative heads accountable and demanding more from DPW&T, County Executive Baker has been equally dismissive and unhelpful, telling residents they should "be proactive in seeking alternative transportation solutions," all while taking no responsibility for providing any real assistance to the constituents he is charged with leading.

There is still time for County Executive Baker and DPW&T to come up with real and workable solutions to avoid this looming transportation crisis. The public should make every effort to encourage them to do so. You can help by emailing them directly with your concerns and/or participating in the Coalition for Smarter Growth's SafeTrack email action alert.

► UPDATE (6/4/2016): After receiving some pointed inquiries from the media in the wake of this post, Prince George's officials are beginning to rethink their original (non-)response to SafeTrack. Take a look at this report from NBC Washington's Prince George's Bureau Chief Tracee Wilkins.

Posted by Bradley Heard at 8:48 AM