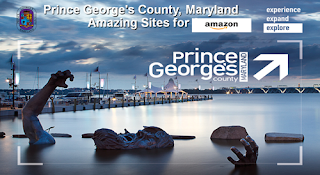 Prince George’s County Executive Rushern Baker recently identified three Metrorail station areas as potential locations for Amazon’s new “HQ2” headquarters complex. All of them are in the northern part of the county, even though 10 of the county’s 15 Metro stations are located in the less affluent and more heavily African American portions of the county, south of U.S. Route 50.

One such downcounty site—the Morgan Boulevard Metro station area in central Prince George’s—seems to meet more of Amazon’s requirements. Yet, it didn’t make the county executive’s list. Could implicit bias and structural racism be clouding county officials’ judgment in these types of economic development and land use decisions?

Baker proposed the College Park, Greenbelt, and New Carrollton Metro station areas as potential HQ2 locations. David Iannucci, Baker’s assistant deputy administrator for economic development, stated that these three north county sites “offer[ed] Prince George’s County its best chance to compete for Amazon’s headquarters” based on the factors set out in Amazon’s RFP. In particular, Iannucci touted the locations’ proximity to the University of Maryland campus and the presence of interested developers.

What Does Amazon Want?

As relevant here, Amazon says it needs (1) a huge amount of space (2) with direct access to mass transit and (3) not more than 2 miles from a major highway (4) that is immediately available for development beginning in 2019. The company envisions that its HQ2 site will have 50,000 employees and occupy 8 million square feet of space at full buildout. While the space need not be contiguous, Amazon specifies that recommended sites “should be in proximity to each other to foster a sense of place and be pedestrian-friendly.”

Although Amazon states that it “may consider” sites with existing buildings that could be retrofitted or expanded, it clearly provides that it “will prioritize certified or shovel-ready greenfield sites and infill opportunities with appropriate infrastructure and ability to meet the Project’s timeline and development demands.” The ideal greenfield site would have approximately 100 acres of developable space, according to the company.

Do the North County Sites Fit the Bill?


The proposed College Park site, shown above, is an amalgamation of scattered parcels cobbled together to form approximately 128 acres. Most of the parcels already have buildings with active uses on them, which is clearly not the greenfield development scenario Amazon prefers. Additionally, portions of the site, such as the 25-acre Discovery District parcel in the northwest corner of the picture, are nearly a mile away from the Metro station by foot. That’s well outside the half-mile/ten-minute-walk station area. Finally, the site is more than three miles from the Beltway, which exceeds the maximum two-mile distance stated in Amazon’s RFP.

The Greenbelt Metro station area (not pictured), which the county had recently been marketing for the now-stalled new FBI headquarters project, has an approximately 80-acre surface parking lot that could potentially be available for immediate development. However, while the site is adjacent to the Capital Beltway, there is currently no convenient or direct access from there to the southbound inner loop of the Beltway. The Maryland State Highway Administration is nearing completion of the design phase for a reconstructed Beltway interchange, but it has not been funded or scheduled for construction and, therefore, won’t be ready by 2019.


The proposed New Carrollton Station area, pictured above, promises Amazon more than 300 acres of developable space around the Metro/MARC/Amtrak/Bus station. The problem: pretty much none of that space is currently available—including an occupied residential condominium complex north of the station, an occupied office park south of the station, and adjacent WMATA and state-owned property on both sides of the station that is already promised to another developer. Additionally, because the space at New Carrollton is bisected by the Northeast Corridor rail lines, it would require construction of massive and expensive roadway infrastructure over the rail lines to make the area pedestrian friendly. None of those roads has been designed, engineered, or funded.

Thus, while each of these north county sites has great transit-oriented development (TOD) potential, none of them quite meets Amazon’s RFP requirements.

What About Morgan Boulevard?

Now let’s take a look at Morgan Boulevard. According to the county’s own estimate, this area (pictured below) has more than 225 acres of developable land within a 10-minute/half-mile walk of the Metro station.


More than half of that land is currently vacant, appropriately zoned for commercial development, and not otherwise committed to another massive project. Moreover, most of the vacant land closest to the station is owned by WMATA, which is actively supporting joint development opportunities with Amazon.

Additionally, unlike the north county station areas that the county recommended, Morgan Boulevard is connected to two Metrorail lines (Blue and Silver), providing direct transit access to downtown Washington, Reagan National Airport (and eventually Dulles International Airport), the Virginia Railway Express, and most of Northern Virginia. It is also within a mile of the Capital Beltway.

In other words, Morgan Boulevard appears to meet all of Amazon’s needs—and certainly does so to more of a degree than the three north county sites.

Is Bias to Blame for the Downcounty Snub?

So why did County Executive Baker not propose Morgan Boulevard for Amazon’s HQ2 site? When first asked, Iannucci simply asserted that the station area “did not rise to the level of” the northern county sites and “did not address enough of the RFP requirements” that Amazon put forth. Those excuses quickly fell apart when Iannucci was asked to identify the specific RFP deficiencies and to give concrete examples of how Morgan Boulevard supposedly did not match up to the north county locations.

Ultimately, Iannucci settled on the nebulous explanation that while the Morgan Boulevard station area met all of Amazon’s RFP requirements, the county nevertheless declined to recommend it as a potential HQ2 site because the Baker administration did not believe the area possessed a strong enough “potential to be transformed into the type of urban complex that Amazon apparently seeks.”

In other words, the Baker administration essentially refused to advocate for the centrally located Morgan Boulevard station area, even though it checked all of Amazon’s boxes, and instead chose to support three north county locations that plainly did not match up as well, if at all.

It’s true that Morgan Boulevard is located in a less affluent part of the county with a larger African American population. But do those socioeconomic and demographic factors trump any specific set of criteria articulated by Amazon and render Morgan Boulevard unworthy of consideration? Apparently so, in the minds of county officials.

When socioeconomic and demographic factors work to rob an otherwise qualified community of the opportunity to compete on fair and equal terms for a prized transit-oriented economic development opportunity, it’s often because the people making the decision are being negatively impacted by the dual scourges of implicit bias and structural racism.

It matters not that Prince George’s County is a majority African American county, or that County Executive Baker is an African American man. Internalized biases can be pervasive and toxic, even when the decision maker is a member of the affected minority or class group.

In order to combat implicit bias and structural racism, one first must be willing to acknowledge their existence, and then not be afraid to call them out if they are present. This is true for county administrators and citizens alike.

We must be willing to question and challenge the bases and motives underlying TOD site selections like these that unfairly exclude two-thirds of the transit station areas in the county, even when many of those stations would objectively meet the applicable site selection criteria.

UPDATE (10/20/2017): According to a press release issued yesterday, County Executive Baker added a fourth north county site in his official Amazon submission. That site, Konterra Town Center East, is a shining example of the county's failed economic development strategy, which often prioritizes outer-Beltway sprawl development over bringing transit-oriented development to the county's 15 Metro stations (again, two-thirds of which are in central and south county). Konterra indeed has the space Amazon may want, but it doesn't have direct access to a Metro station--a major requirement stated in Amazon's RFP for its HQ2 site. That county officials apparently value Konterra over a south county site like Morgan Boulevard, which meets all of Amazon's requirements, demonstrates how strong the north county bias is.
Posted by Bradley Heard at 11:04 AM